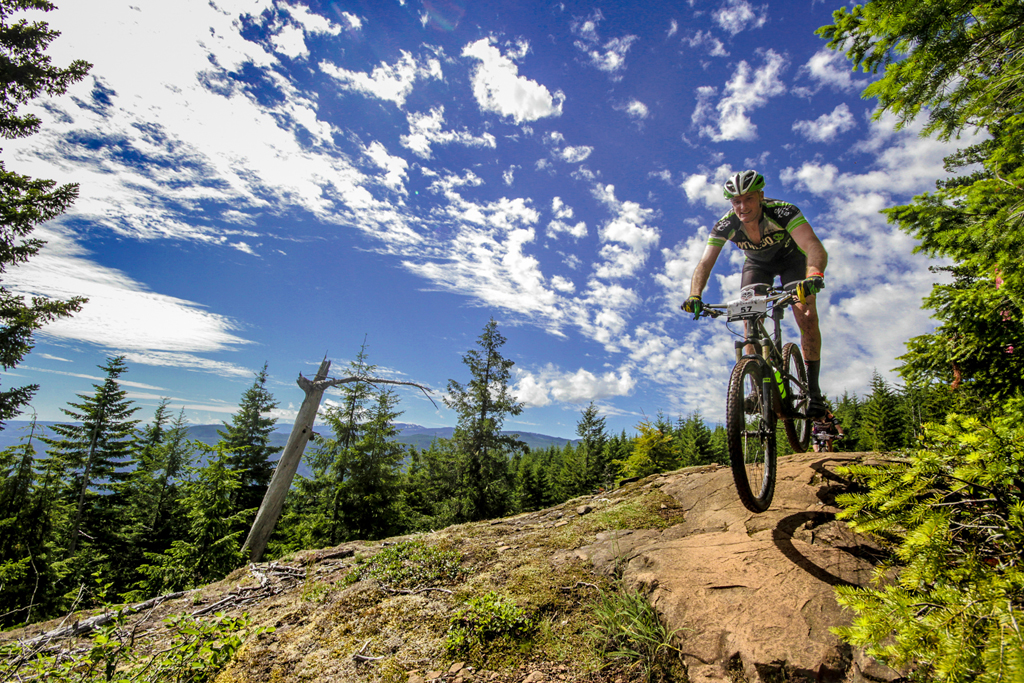 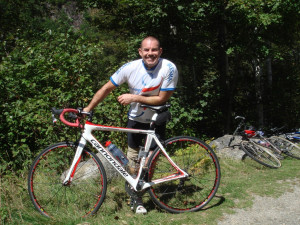 I am a former Royal Marine and have always kept myself physically fit. Running was my ‘thing’, but that came to an abrupt end in 1982 when I lost my right leg below the knee. I remained in the Marines and continued running but in 1990 I decided that it was time for me to leave the comfort of my Royal Marine family. I ventured forth into Civvy Street and at the same time bought my first cycle.
I have never looked back and over the years I have become a very accomplished Mountain and Road bike endurance racer – one of the few amputees in that world doing this. Prior to 2012 I entered around 15 big races a year – from the 85k off road Welsh Marathon Series to a 24 hour solo off road ride – my forte. These days, at nearly 55, I cannot imagine doing another 24 solo. I bike more for pleasure rather than the pain of the 24’s.

Last year I entered the BC Bike Race in Canada, a 7-day stage race over the Rocky Mountains. I didn’t intend to enter to race, I just wanted to ride and enjoy the scenery. But you know what it’s like, you see another rider in front and you just have to try and pick them off! There were times where I really pushed myself and after seven days I was 16th out of 50+ riders in my age group, all able bodied and from all over the globe. Most of my experience for this race was gained from the 2008 Transrockies race. It’s much harder. So much so that I ended up having a hip replacement on my good side!
Since retiring from the Marines I have cycled with other injured veterans from the UK and the States with BLESMA (British Limbless Ex Serviceman’s Association). Every year we have Soldier Ride UK that includes American veterans. It’s a great social experience, sharing stories and generally having a good time.
Being an accomplished cyclist I tend not to JUST ride: I coach individuals who are struggling. I start verbally, but more often than not it ends up with a hands on approach, physically pushing them to the front to keep up with the others. You cannot believe the personal satisfaction that I achieve from doing this – it’s amazing.

In 2012 Jenny Sealey recruited me on to the Paralympics opening ceremony. After 6 weeks intensive conditioning training at Circus Space, Hoxton Square we moved to 3 Mills, then to Dagenham and finally the Olympic Stadium for the opening ceremony. I was chosen to do the sway pole, which still remains my forte. The sway pole is such an artistic, beautiful piece of equipment, which though it looks very effortless, is rather hard work. All the training certainly kicked our bodies into shape. Since then I have performed at the Liberty Festival with Graeae’s “Limbless Knights” Show.
I intend to keep pushing those pedals at all costs. As I write I’m at Warner Bros doing some extra work in a film. I sit here in my B&B kicking myself because I have the afternoon free and I never thought to bring my bike. The rain has stopped, and I have missed the opportunity to explore the muddy local trails around Watford…..